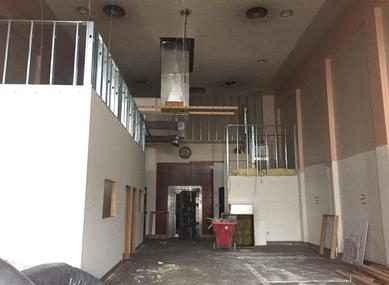 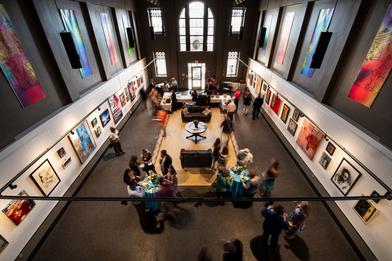 Hayden Family Center for the Arts 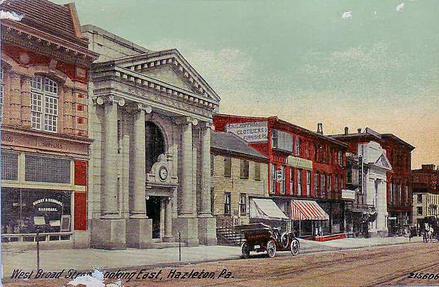 Built in 1909 as Hazleton’s First National Bank this 12,000 square foot building in the City’s commercial core sat vacant for more than a decade. In 2014 the Downtown Hazleton Alliance for Progress purchased the building from Luzerne County and, together with the City and several community partners, launched a fundraising effort to redesign and rehabilitate the building as a new City Arts Center (now the Hayden Family Center for the Arts).

The building is positioned to become the new focal point of arts and culture within the Greater Hazleton Area, which encompasses a population of approximately 90,000 residents, and the cornerstone of the newly rebranded Arts & Innovation District. The building houses studios and classrooms for painting, drawing, clay, glass, digital arts, and childrens' programs, as well as a large exhibition hall and meeting room, and a commercially licensed kitchen.

The center is now leased by the Hazleton Art League, which operates and manages the facility and offers expanded arts and cultural programming to our increasingly diverse community to nurture creativity and cultural expression. This includes exhibitions, classes, workshops, and special events throughout the year.

This $2.4 million renovation project was funded with private donations from local families, businesses, and charitable foundations on behalf of the Banking on the Arts Capital Campaign, undertaken by the Alliance. Half the funding was provided by state and federal grants. These include: a National Endowment for the Arts Our Town grant, Pennsylvania Department of Community and Economic Development Local Share and Keystone Communities grants, the Pennsylvania Office of the Budget Redevelopment Assistance Capital Program grant, and a USDA Rural Business Development grant. undertaken by the Alliance.

The half acre lot to the west of the park is being redeveloped as the CAN DO Community Park. 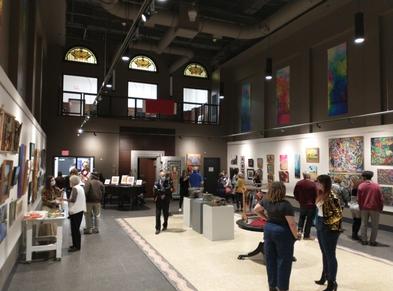