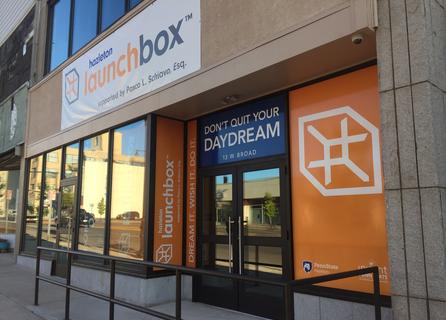 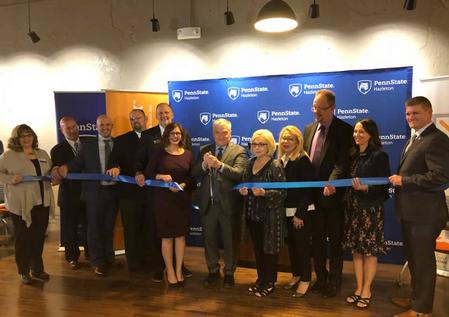 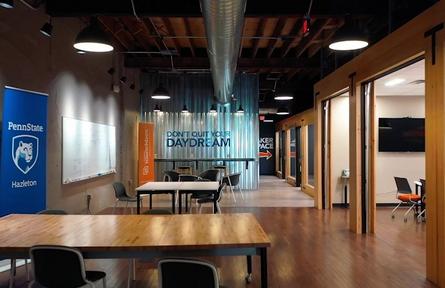 In 2017 the Downtown Hazleton Alliance for Progress aquired a long vacant and blighted commercial property through donation and began working with community and economic development partners to renovate it as a small business incubator.

At approximately the same time Penn State University launched its Invent Penn State initiative to drive job creation, economic development, and student career success by connecting university resources with entrepreneurs. Recognizing the opportunity for a partnership, the Alliance began working with Penn State to establish the Hazleton LaunchBox and raised funds to renovate the building and develop a plan for broad community engagement.

The plan developed a framework for The Hazleton Innovation Collaborative (THInC), which uses the LaunchBox to leverage the resources and partnerships of local institutions and community organizations in order to nurture the growth of entrepreneurship in the Greater Hazleton Area.

This $1.2 million project has been funded with private donations from seven local banks via the PA DCED Neighborhood Assistance tax credit program, and several state grants, including PA Department of Community and Economic Development Local Share and Keystone Communities grants.

Thanks to a $1 million gift by the late Hazleton attorney and community philanthropist, Pasco L. Schiavo, Esq., the Hazleton LaunchBox is fully endowed and matched with a $1 million Invent Penn State grant to support its operations in perpetuity.

Click here for a video tour of the interior>>> 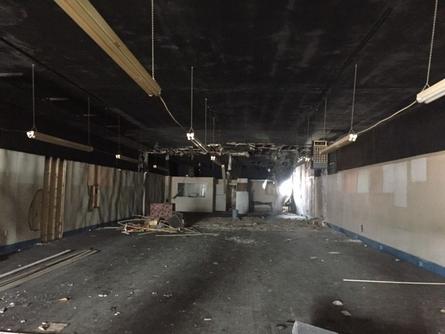